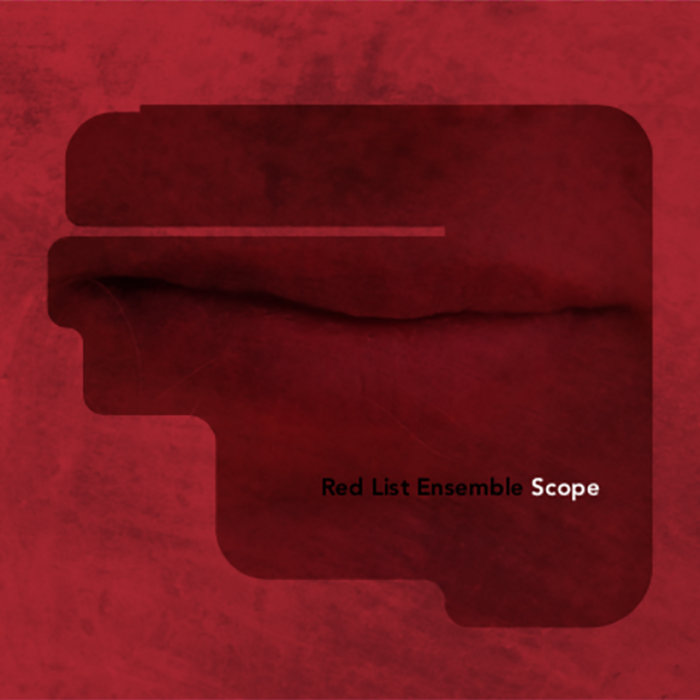 Three wind instruments, three strings, piano, percussion and electronics - the Red List Ensemble can boldly set off on a post-cameralist journey through the nooks and crannies of sounds, their complex textures, creating a multi-layered narrative, realised in real time, often using so-called extended techniques. In other words, we are at home!
At the start of the performance, the musicians propose small, broken phrases, interspersed with longer sound passages. Some of the artists' actions seem to be pre-programmed (predefined) or saved on - perhaps - non-existent five lines. Everything is done here in focus, without haste or excessive escalation of emotions. Noises and rustling, breathing and sound jigsaw puzzles - this is a small orchestra that is looking for a dramatic point of attachment. Electroacoustic freedom created mainly by acoustic sounds. Chamber music charged with concepts, which explodes from time to time, and then quickly returns to the contracted structure of the story. Nerves on the lead, patience, meticulousness and dramatic omission. The invisible conductor perfectly controls the temperament of nine instrumentalists. In the middle of the first part a dramatic silence begins to rise above the stage, interrupted by electroacoustic incidents. The narrative, however, takes on a collective character and the direction of the journey is indicated - the brass bands discuss with the strings, while the cheerful piano and nervous percussion sow occasional ferments. The electronics add their three inferiorities, as well as the broken phrases of the saxophone, clarinet and trombone. The story is agilely extinguished by acoustic details.
The beginning of the second story sinks into silence. The instruments seem to generate nano sounds, single micro stamps of phony, and the musicians breathe deeply and sweat from waiting. The narrative resembles a puzzle consisting of a thousand elements - filigree acoustics and somewhat illustrative electronics, created for films describing the conquest of space in the middle of the last century. Foggy resonance, low, slender strings, dry wind jets and flat percussion. After 10 minutes flow gradually starts to take life, without any dynamic attributes. Finally, after 17 minutes, the minimalist piano builds an intriguing exposition, which is adorned with brass halfdrons. After the next few minutes, the intricately created story grows brilliantly, and then it disappears just as attractively.
The piano does not lose the resonance from the previous part and a clever sequence of sounds opens the third story. Single jerks by the strings, patches of wind-breathing, intricate, again a little puzzling spider web of events. Acoustic instruments without the support of electronics begin to activate their actions, and a signal to increase collective creativity is given by a loud shot from the cello, perhaps showing that it is the musician holding this slender instrument in his hands that is the main driving force behind the Red List Ensemble. The sound arrives in a unit of time - our participation includes longer para-jazz exposures of the saxophone, clarinet and trombone, supported by relatively active drumming. In the middle of 12 minutes, the narrative sensually fades away, and the phase of the bodily drones envelops the stage. The aura of electroacoustic dark ambient lasts until the piano starts its small but charming preparations. This event takes place after 15 minutes. Stains of non-invasive electronics additionally build up tension. Murmuring, noises, small phrases - the subcutaneous life of the narrative takes on a blush. The collective swarm of creation begins to pay off for the musicians. After 20 minutes they start to play really loudly (for the terms of this story), their rehearsals taste almost post-industrial. After another two minutes, at the signal of an invisible conductor, the RLE starts searching for the last sound. He does it in a very stylish way, step by step, after all, the aesthetics of chamber suspense is his strongest weapon.


Another masterpiece released los tiempos de colera on April, 3rd 2020.
Red List Ensemble was founded in Berlin in 2019 by Guilherme.
Quoting liner notes: "The ensemble's textural approach presents us with a cellular music created from an eminently timbral dimension, open to truly free and infinitely variable acoustic and electronic possibilities." This beautiful album was recorded at StudioBoerne45 in Berlin. The music forms a coherent superposition of free improvisation, composed free improvisation, contemporary classical music. It is mostly acoustic, but includes very important electronic elements provided by Richard Scott. "Scope" has three parts. "I" lasts 16 minutes and is notable for incredible work of strings (Guilherme Rodrigues and Marko Hafele) and winds entries. Here the connection to XXth and XXIst century classical music is very clear. "II" is different: it starts very quietly, with various effects, breaths and breathing, delicate percussion accents, and so on... After 5 minutes electronics enters, dominates and retires, being accompanied by strings, percussion and winds. Winds produce a quiet repetitive fragmented sounds and effects inviting strings to join. The final few minutes, with piano taking the lead, are magisterial: it is free minimal music at the highest possible level. Part "III"
is the longest and lasts over 27 minutes. It starts with wonderful, but short piano introduction. The strings enter, as well as the beautiful live electronics, and then the winds. The sounds of this collective improvisation appear to be independent and independently fragmented, but augment and get correlated. Collective improvised synergy rules the game, in which acoustic and electronic parts intertwine and create a true wonder. It is the music that cannot be compared to anything else, an artistic
discovery of incredible importance.
By Maciej Lewenstein


Portuguese, the Berlin-based cellist Guilherme Rodrigues founded the Red List Ensemble as an experimental, sonic lab. This international nonet real-time textual approach would focus on timbral search, would blend free and infinitely variable acoustic and electronic possibilities while using an extensive array of techniques in order to create a universe of complex and unusual dynamics and organic mutations. The Ensemble features, among others, Japanese pianist Rieko Okuda, German clarinetist Michael Thieke, Danish sax player Mia Dyberg, and Britsh electronics player Richard Scott. The debut album of the Ensemble, «Scope», was recorded at StudioBoerne45 in Berlin In January 2019.
The three, untitled extended pieces explore the distinct languages and improvisation strategies of the Ensemble musicians, informed by free jazz, free-improv, and contemporary music, but liberated now from these legacies and distilled into a loose and reductionist, non-hierarchical collective interplay. The nuanced focus on micro-sound events and textures involves dynamics in which the silence/noise dichotomy has an important determining role.
There are endless games of contrasting gestures, between the subtle rhythmic patterns, the harmonic exploration, and the continuous timbral search. The dynamics in the first piece tend to the chaotic, urgent pole but shift into a quiet, enigmatic one, slowly gains more timbral dimensions and more intensity and surprisingly ends in a clear harmonic manner. This undercurrent resurfaces again and again in the last, third piece, intensifies by the contributions of sax player Dyberg and trombonist Matthias Müller and the rhythmic conception of the whole Ensemble and often sounds more as a highly reserved version of free jazz meets free-improv session.
Listen carefully with wid, open ears.
By Eyal Harevueni , Salt Peanuts

RED LIST ENSEMBLE was founded in Berlin in 2019 by cellist Guilherme Rodrigues. The ensemble's textural approach presents us with a cellular music created from an eminently timbral dimension, open to truly free and infinitely variable acoustic and electronic possibilities.

This is music created in real time using extensive techniques, with the smallest details denoting an amazing capacity to create and raise tension (containment and organization) creating a universe of complex and unusual dynamics and organic mutations. They explore a comprehensive language, associated with experimentalism and free improvisation, in which the creative process reveals excellent interactions and understandings, from a perspective of healthy cooperation. It is an exuberant universe of micro-sound textures that is closely related to the surrounding space, creating a dynamic in which the silence/noise dichotomy has an important determining role.

Without conforming to any hierarchical system, the ensemble creates a game of contrasts resulting from the rhythmic organization of surfaces that are opposed in terms of colour (timbre) and sound texture (mass). Harmonic exploration and timbre combinations contribute complementary and contrasting materials, highlighting the textural and sonorous exploration of instruments in micro-groups and densities.

Guilherme Rodrigues is a cellist, improviser and composer from Lisboa, Portugal.
He was born in 1988 in Lisboa and started to learn cello and trumpet when he was seven at Orquestra Metropolitana de Lisboa and later in Conservatório Nacional de Música de Lisboa to study classical and music theory until his twenty-three. With an intuitive approach to improvisation and exploration of the timbres... ... more

Bandcamp Daily  your guide to the world of Bandcamp

Benji B talks about his new compilation ‘Deviation Classics’